A frozen pipe is obviously a problem in that it stops the water flow. But there’s another concern, which is that when pipes freeze they may also burst. This means expensive pipe replacement repair and the serious possibility of flooding and water damage. (This is probably a good time to mention the importance of having a sump pump to help prevent water damage in the lower parts of your house.) 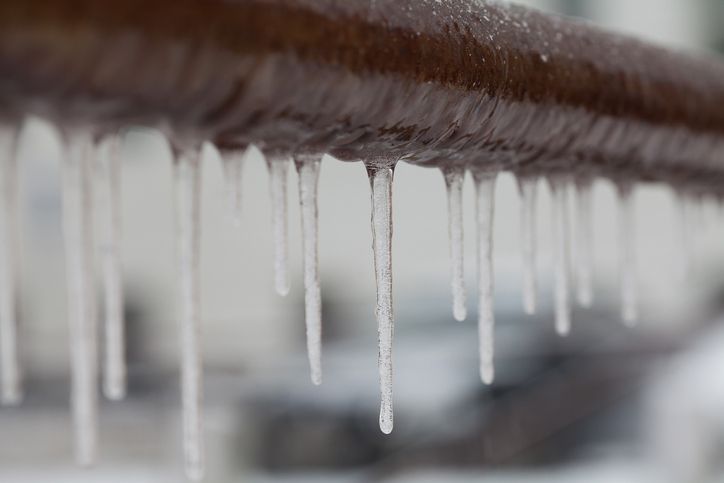 Why Do Frozen Pipes Burst?

The real reason why frozen pipes burst is because of the increase in pressure on the side of the pipe where the frozen section is. As there is less space available between the ice and the closed tap that is “upstream,” the pressure spikes—which causes the bursting to happen.

Many people assume that the cause of pipe bursting is simply due to the freezing - “Because water expands when it freezes.” Water molecules take on a hexagonal form during freezing, which takes up more volume than liquid form. However, when water in a pipe expands due to freezing, it expands to the sides, not directly outward. So, this isn’t the direct cause of the pipe freeze.

Do Pipes Always Burst When They Freeze?

Not all frozen pipes burst. However, thawing the ice can increase the risk, as it usually worsens the problem since it raises the pressure further. This is why pipe bursting is especially common at the end of winter when the ice starts to thaw.

How To Prevent Pipes From Freezing

Winter weather puts a remarkable number of stresses on a home, which is why you should take special precautions to winterize it against the chill, especially your pipes. One way to prevent pipes from freezing is by adding insulation on the exposed piping (usually the pipes around the water heater). This will prevent the pipes from losing too much heat to the cold air around them, that they freeze.

If you do encounter frozen pipes at some point this winter, the best way to deal with them is to contact professional plumbers. They’ll repair your pipes without the risk of bursting.

For the best in plumbing repairs, always call on Mallick Plumbing & Heating. We serve Gaithersburg, MD, and the surrounding areas.